It is the loveliest solution on the planet, feelings and emotions are associated with this mixture, in simple words, every sip is filled with memories.

There are different versions of this drink but all have the same importance. It is good to drink a regulated amount of milk tea daily because it has various advantages and is tremendously healthy for you.

Top of the list Milk Tea is Chai which is the Sub-continental version of Milk Tea.

Normally tea is served as milk tea means tea with a combination of milk. Milk tea may be hot or cold depending on its type and the variety of spices used in it. 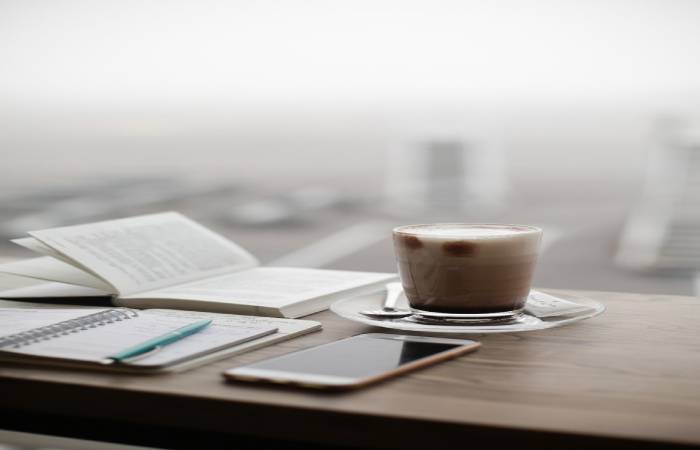 Booster for the immune system

Tea leaves are full of antioxidants which are essential for the elimination of toxins from the body reduces the risk of heart diseases. The digestive system is improved by compounds present in tea which are polyphenols and have antimicrobial characteristics.

Milky creamy tea is full of various nutrients because of the addition of milk and it became a universal truth that milk is a complete package of numerous nutrients like vitamin D, Protein, Vitamins, Minerals, other macronutrients, and micronutrients as well. 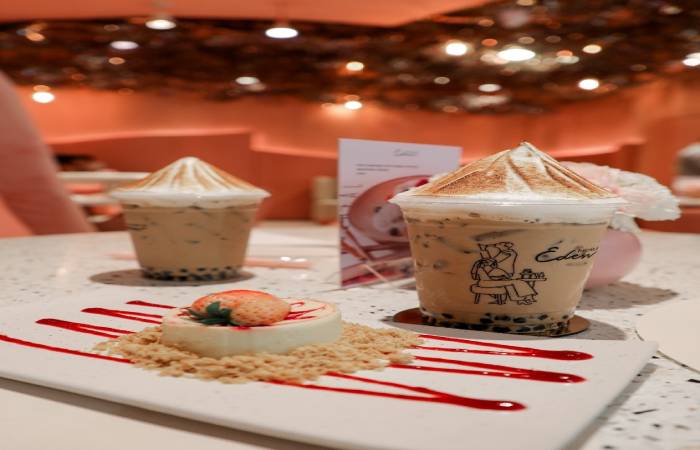 Whenever you listened to the word bubble tea it always shows the perfection of milk tea and is a mouthwatering type of milk tea it gives a bubbly texture that means bubbles are present at the bottom of the glass. This tea is a mixture of chewy tapioca balls, milk, and sweetener.

Take ¼ cup of hot water to ¼ cup of brown sugar prepare syrup for tapioca balls. Keep stirring until sugar is completely dissolved now add black tea and bring it to boil as this tea is mostly served as chilled so after brewing the tea, place it into the cold site so that it will be chilled slowly in this strong black tea is used so 2-4 teabags will be enough don’t use the increased amount of water so the taste will not be watery and it will taste creamy when added with milk.

After cooling all the spices now add tapioca pearls and already prepared sugar syrup to the bottom of the glass. Ice cubes are required to make it more chilled Top this solution with condensed or simple but creamy milk and let them mix-use an extra spoon or extra-wide straw to eat your tapioca pearls. There are also many other procedures for bubble tea you can follow. 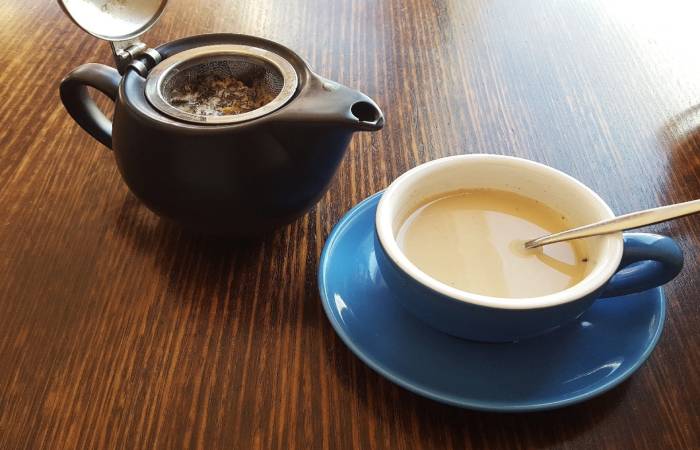 Evaporated milk is used for its preparations in this milk 60% water is evaporated. In this version tea is prepared traditionally.

Repeat the process 7-8 times. Pour condensed or evaporated milk into an empty glass then pour it into tea. Ice can also be adding to Hong Kong milk tea.

To make this delicious tea firstly we have to know what is Earl Grey?  As it is used in tea so it is already understood that these are tea leaves seasoning with bergamot which is a citrus fruit native of Italy. London Fog drink is nothing without Earl Grey because it is the key ingredient of this tea.

Ingredients for its preparation are Earl Grey tea bag, milk, sweetener, vanilla extract, and lavender which optional but are eagerly suggested for preparations of this drink.

Add a pinch of lavender into a cup of boiled water along with brewed earl grey tea. Use a strainer to strain the tea and mix it with steamed milk add a sweetener and a little amount of vanilla extract. Your London Fog Earl Grey drink is ready to have a sip in cool, breezy weather.

Gatherings are incomplete without this drink in sub-continental regions, it fills more taste during late-night gossips. Every sip has a magical taste.it is always served hot that’s why it is also called a “hot drink”.

Preparation of this milk tea is cozy enough that’s why it is preferred to prepare. Take a saucepan, pour water into it bring it to boil add sugar according to your taste, add black tea, pour milk into it again bring it to boil stir until tiny mini bubbles appeared on it then turn off the stove strain it with the help of a strainer and ready your cups for serving “Chai” is ready.

Side Effects of Milk Tea 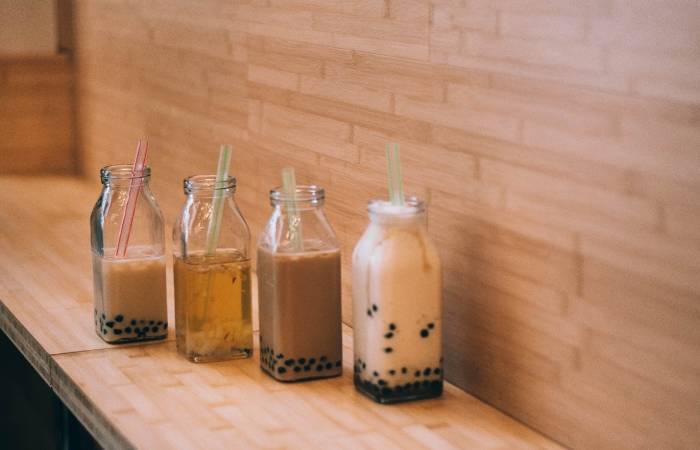 There is bad news for tea lovers and is the worst news for tea addicts as this tea is beneficial to some extent but there are various side effects of tea.

When someone becomes addicted to this tea it may be carcinogenic and have nasty effects when you are consuming it with condensed milk and sugar. Simply over-consumption of milk tea is hazardous.

Tea is a major source of insomnia especially black tea with sugar and milk because it is caffeine-rich and when there is an excess of caffeine in the body it may disturb melatonin production and circadian rhythm. Drinking more than two cups in a day may be problematic.

You can be frustrated easily when you are not served with overdoses of milk tea means it can cause stress because the function of tea is to activate brain cells for your calmness but when it is drunk in a high amount it will cause disproportion in various chemicals of the brain which causes stress and anxiety. Don’t drink more than 150 ml of tea per day

You are extremely exhausted with the pimples on your body specifically on your face and using expensive products for their removal then back off man, it is, in vain.

Actually, you are consuming too much tea which is causing zits on your body because tea generates heat and increases the imbalance between body chemicals which leads to the emergence of acne and pimples.

A small amount of milk tea is necessary for normal blood pressure because it is helpful in blood circulation, regulates heartbeats, and is effective for the brain and nervous system, and assist the immune system but there is a major side effect of over-consumption of milk tea that it enhances the pulse rate which means blood pressure is high or reduces heart rate which leads to the slow circulation of blood and cause low blood pressure so it may be lethal in this case.

If you are expecting don’t drink over-doses of milk tea because tea contains different detoxifiers which may cause an imbalance in blood flow and can be a reason for your great loss. Take a recommended amount of tea by your doctor during pregnancy.

Tannin is a compound that is present in tea this compound attached to Fe and makes it taken and prevents its absorption in the gastrointestinal tract. Due to less absorption of iron blood become more deoxygenated and may cause anemia

A high amount of sugar in milk tea leads to weight gain by storing bad cholesterol and increases the risk of developing type 2 diabetes.

If you are habitual to have a Bed tea, then it is not that cool bruh! Don’t drink it on an empty stomach it will cause nauseous conditions.

It is said to drink a glass of milk before sleep but many people replace it with a cup of tea which causes a feeling of burning in their stomachs at midnight because the caffeine in tea causes acidity so don’t drink it before sleeping otherwise your stomach will become a fire tanner at the middle of the night.