You may have heard that 5 hours of sleep is bad for you, but do you know why? Sleep is incredibly important for our health and well-being, and not getting enough can lead to a number of health problems. In this blog post, we will discuss the consequences of sleeping for 5 hours and what you can do to get more restful sleep.

If you only sleep 5 hours a night, you are not getting enough sleep. This can lead to a number of health problems, including:

While most people need around eight hours of sleep a night, some people can get by in just five hours. However, there are some risks associated with getting too little sleep. For example, studies conducted by researchers at the University of Leicester have shown that people who sleep for less than seven hours a night have an increased risk of heart disease.

This is because sleep deprivation can lead to higher levels of stress hormones, which can damage the heart over time. In addition, lack of sleep can also lead to weight gain and insulin resistance, both of which are risk factors for heart disease. Therefore, it is important to make sure that you are getting enough sleep every night to reduce your risk of developing heart disease.

The research also found that people who slept for more than 8 hours a night had a slightly increased risk of stroke, but this was not statistically significant. The findings suggest that getting too little or too much sleep can increase the risk of stroke and that the ideal amount of sleep is somewhere between 5 and eight hours.

So, is 5 hours of sleep bad? The answer is yes – sleeping for less than 5 hours a night can increase your risk of developing heart disease, stroke, and other health problems. To reduce your risk, make sure to get the recommended seven to eight hours of sleep each night.

A new study has found that people who sleep for less than five hours a night are at increased risk of obesity. The research, which was conducted by scientists at the University of Leeds, looked at the sleep patterns of over 1,000 adults and found that those who slept for less than five hours a night were more likely to be obese than those who slept for seven hours or more.

The study also found that people who slept for less than five hours a night were more likely to eat unhealthy foods and snacks more often than those who slept for seven hours or more. This is because when we’re tired, our bodies crave sugary and fatty foods that give us a quick energy boost. However, these foods are high in calories and can lead to weight gain if eaten regularly.

Poor mental health can be caused by a number of factors, but one of the most common is not getting enough sleep. Most people need around 7-8 hours of sleep per night in order to function properly, but if you’re only getting 5 hours, it’s no wonder you’re feeling under the weather. Lack of sleep can lead to a whole host of problems, including anxiety, depression, irritability, and difficulty concentrating.

In severe cases, it can even lead to hallucinations and delusions. If you’re only getting 5 hours of sleep, it’s important to try to increase that amount. If you can’t get more sleep during the night, try taking a nap during the day. Even a short 20-minute power nap can make a world of difference.

It’s commonly believed that you need at least eight hours of sleep a night to function at your best. However, there is some evidence that suggests that sleeping for less than five hours a night can actually improve productivity. A study conducted by the University of Toronto found that participants who slept for five hours or fewer were more productive than those who slept for eight hours or more.

The researchers believe that this is because the participants who slept for five hours or fewer were better able to focus and had more energy. They also found that the participants who slept for eight hours or more reported feeling more tired and had difficulty concentrating. While it’s still important to get a good night’s sleep, the findings of this study suggest that sleeping for less than five hours a night can have some benefits. If you’re looking to increase your productivity, try sleeping for five hours or fewer a night. You might be surprised by the results.

Few things you can do to improve your sleep quality: 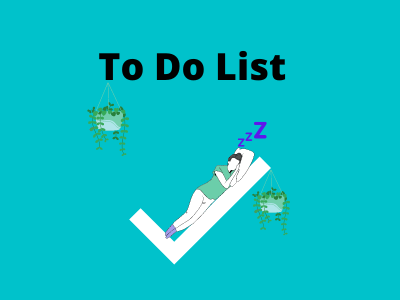 Getting enough sleep is essential for our health and well-being, and not getting enough can have serious consequences. If you are finding it difficult to get the recommended amount of sleep, there are a few things you can do to improve your sleep quality:

Make sure your room is dark and quiet:

To ensure a good night’s sleep, your room should be dark and quiet. This will help you fall asleep more easily and stay asleep throughout the night. If you have trouble sleeping, consider using blackout curtains or an eye mask to make your room as dark as possible.

You may also want to use earplugs to block out any noise that could disturb your sleep. Creating a peaceful and relaxing environment in your bedroom will help you get the restful sleep you need.

The light from screens can interfere with your body’s production of melatonin, the hormone that helps you sleep. If you must use a device at night, dim the brightness and set it far enough away so you’re not looking directly at it.

Going to bed and waking up at the same time every day helps regulate your body’s sleep-wake cycle. It is very important to set a schedule because it gives you a timeline to get to bed and wake up early.

Stress can make it harder to fall asleep and stay asleep. If you’re having trouble sleeping, try relaxation techniques such as deep breathing or meditation. You can also try writing down your worries in a journal before bedtime so you can put them aside and get some rest.

Avoid caffeine and alcohol before bedtime:

You must avoid Caffeine and alcohol because these are stimulants that can interfere with sleep. If you’re having trouble sleeping, avoid caffeine for at least six hours before bedtime, and limit alcohol to one or two drinks in the evening.

Sleeping requires calmness and relaxation of the mind. You cannot sleep well if a bulk of thoughts are circling around your mind. For mind and body relaxation, you need to perform yoga and exercise. You can have the best yoga mat for carpet and can perform yoga before going to sleep. It will help you in releasing stress, which ultimately helps in sound sleeping.

Is 5 hours of sleep bad? Some frequently asked questions

How much sleep is per night?

What happens if you sleep more than 8 hours?

There are a lot of different opinions on how much sleep people need. Some people feel they do just fine on six or seven hours of sleep per night, while others say they can’t function properly on anything less than eight hours. However, there isn’t necessarily a “right” amount of sleep for everyone. Some people may naturally be able to function on less sleep, while others may need more in order to feel their best.

That said, there is some evidence that sleeping too much may be associated with certain health problems. For example, one study found that people who slept more than eight hours per night were at higher risk for stroke than those who slept fewer hours. Other research has linked excessive sleep to an increased risk of heart disease, obesity, and diabetes.

So if you find that you’re regularly sleeping more than eight hours per night, it may be worth talking to your doctor to see if there could be any underlying health issues at play. Otherwise, there’s no need to worry about getting a few extra hours.

Does bad sleep cause headaches?

There isn’t a simple answer to this question as different people can have different reactions to poor sleep. In general, however, it is thought that bad sleep can lead to headaches in some people by causing changes in the levels of certain chemicals in the brain. It can also cause neck and shoulder pain, which can in turn lead to headaches. If you frequently have headaches and think that poor sleep may be a contributing factor, it’s a good idea to talk to your doctor about ways to improve your sleep habits.

Is it Better to Sleep Without a Pillow?

A common question people have is whether it is better to sleep without a pillow. The answer to this question depends on several factors, including your sleeping position, sleep habits, and health condition.

Is 5 hours of sleep bad? – Conclusion

It is generally recommended that adults get between 7 and 8 hours of sleep per night. However, some people may function well with only 5 hours of sleep.  It’s not ideal, but it’s not necessarily bad. If you’re consistently getting less than 7 hours of sleep a night, though, that can have some negative consequences.

Lack of sleep has been linked with an increased risk of obesity, diabetes, heart disease, stroke, and even early death. So if you’re regularly skimping on sleep, it’s worth trying to make some changes to your habits. That might mean going to bed earlier, cutting back on caffeine, or creating a bedtime routine that helps you relax before sleep.